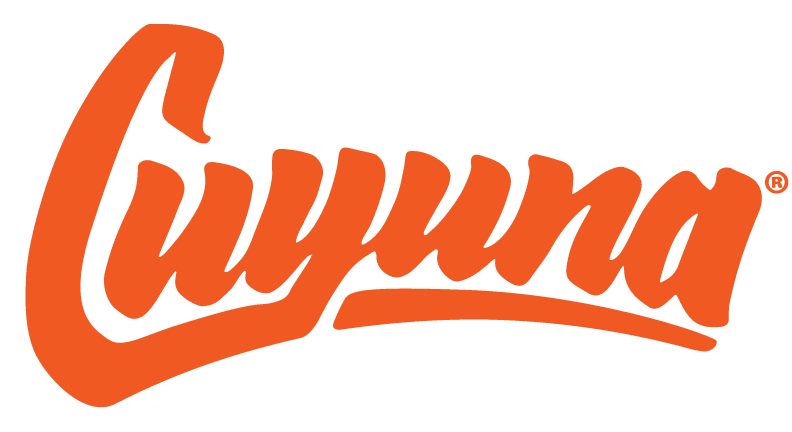 Cuyuna Adventure Town USA® and Cuyuna.com evolved out of Aaron and Beth Hautala’s love and stewardship of the Cuyuna region. This is their story. 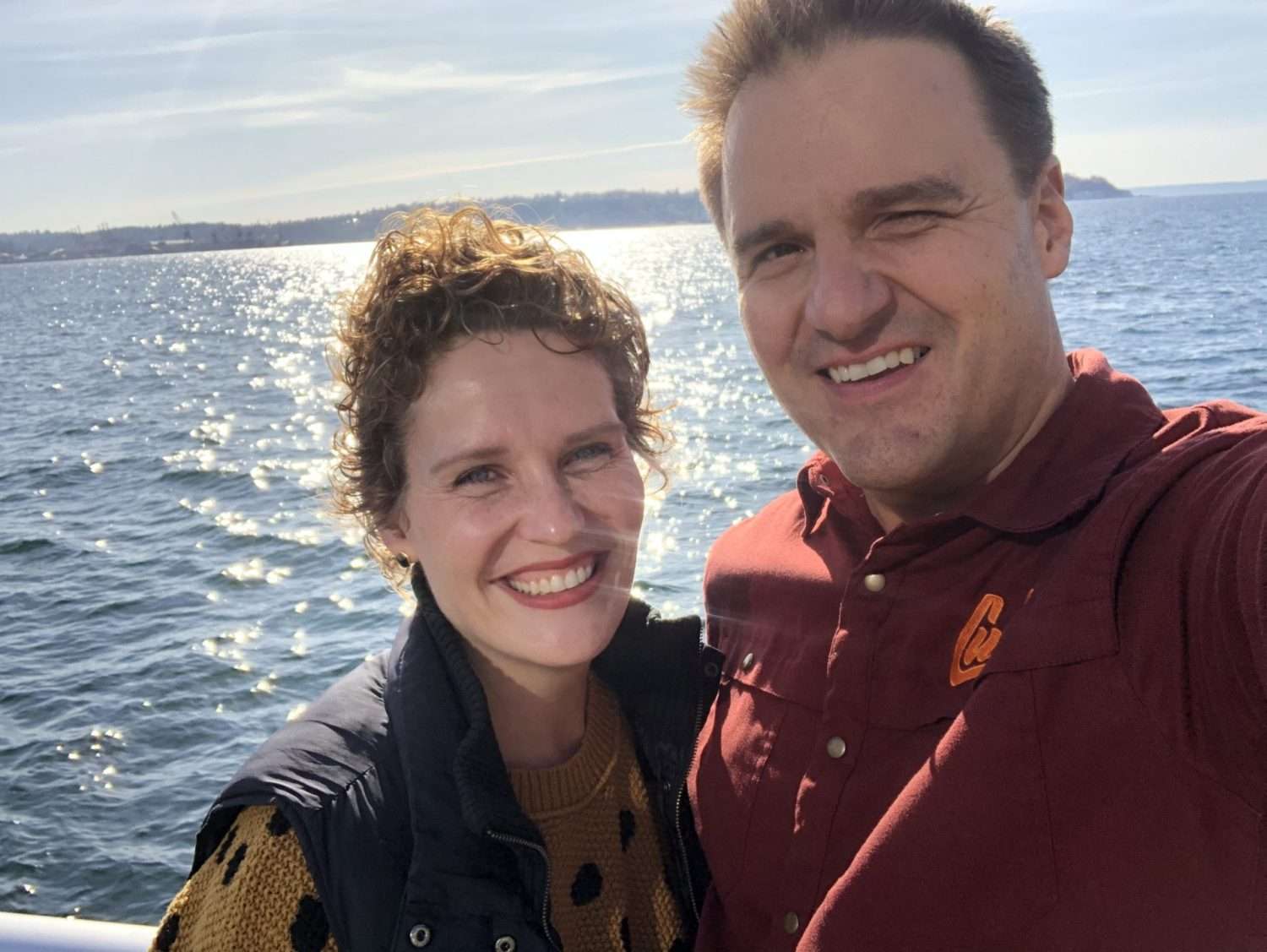 It began in 1996 when Aaron (a graphic designer) and Beth (a writer) were working for a Brainerd, Minnesota-based company that had been hired by the Cuyuna Lakes Trail Association (CLTA). They created communication tools for CLTA to use when lobbying the Minnesota state legislature and the U.S. Congress to fund the constructions of the (paved) Cuyuna Lakes State Trail.

Beth, being a native of Deerwood, and Aaron, from Minnesota’s Mesabi Iron Range, felt an immediate draw to the red dirt of Cuyuna. Although they lived in the neighboring town of Brainerd, Cuyuna’s story, people, and community just felt like home.

From pavement to red dirt.

When it became known that mountain bike trails were coming to the Cuyuna Country State Recreation Area (CCSRA), Aaron and Beth wanted to help promote the region. At this time, they’d started their own advertising agency (RedHouseMedia, now called Strateligent®), and donated their creative services to produce a new Cuyuna Lakes Chamber of Commerce logo, website, and visitor’s guide photography. They donated a new logo for the city of Ironton and designed banners for its centennial celebration. RedHouseMedia also donated the collateral for the inaugural Cuyuna Lakes Mountain Bike Festival. Aaron and Beth wanted to help Cuyuna grow—words and imagery were their gifts, and this was the season of giving.

The Hautalas eventually went all-in. They sold their home in Brainerd and moved to Cuyuna to start a church. But that plan quickly changed.

The moment that sparked it all.

Until 2012, Aaron fancied downhill skiing and the mountain lifestyle. But after finally riding Cuyuna’s single track, he found the same physical and psychological benefits existed between downhill skiing and mountain biking. And it was as if a voice whispered: “You don’t have to move to the mountains. You can move the mountains to the Midwest.” He and Beth recognized an opportunity to build a tourism destination that could help, sustain, and strengthen the local economy.

Aaron soon discovered that the CCSRA lacked the volunteers to maintain 25 miles of trails. And if the trails weren’t properly maintained, the Minnesota Department of Natural Resources (DNR) could close them. Aaron (with Beth’s support) volunteered to serve as the president of the Cuyuna Lakes Mountain Bike Crew (the Crew), a volunteer group created to maintain the trails.

During Aaron’s six years as president, the Crew improved the maintenance process, recruited volunteers, and created events (i.e., 45NRTH Whiteout, Surly Klunkerfunk, Teravail Oremageddon) that raised $1 million for trail maintenance and expansion. Such an achievement—reached by a small group of volunteers in a community of fewer than 4,000 residents—was unheard of in the Minnesota mountain bike world at this time.

While working closely with the DNR, Aaron learned that the size of CCSRA could accommodate an expansion—the Cuyuna Master Vision for Trails—was possible. But to expand the trails, the DNR required a plan be created, vetted by the DNR, and presented to the public for input.

In 2014, the Crew raised $10,000 to hire International Mountain Bicycling Association (IMBA) Trail Solutions to create the plan in collaboration with the Crew, the DNR, and Crow Wing County. When Aaron presented the Master Vision to the public, the content was widely accepted, but many scoffed at the $4.3 million to get it done.

Andrew Hook, retired economist, and resident of Riverton, Minnesota, recognized cycling as an economic driver opportunity—one that could bring in new visitors, new businesses, and new opportunities for local residents. He suggested to Aaron that they conduct a cyclist survey to see what visitors liked (or didn’t like) about Cuyuna, and how much they’d spend on a trip. After analyzing the data, Hook determined that cycling had an economic impact of $2 million per year. By expanding the trails and increasing annual visitors from 22,253 cyclists (last recorded in 2013) to 43,400, he projected an annual impact of $21 million.

From 2015 to 2017, Aaron worked directly with IMBA, a government affairs consultant, and Minnesota state legislators to advocate for $4.3 million for the Master Vision for Trails. With community and regional business support, it happened.

Anything is possible in Cuyuna.

In 2016, the Crew committed to fundraising half of the $675,000 needed for the construction of three new trails. The Crew had 12 months to raise half the amount in order to receive a matching amount from a Hallett Trust grant. And they did it #ForCuyuna.

During this fundraising era, Aaron became a Cuyuna missionary—traveling to various locations—building awareness of the brand and the destination. He shared the plan and the economic impact statement and engaged major media to help tell the story.

Donations poured in from across the country and around the world, which helped shape Cuyuna as a global destination and as an economic development opportunity.

The birth of the brand.

The momentum generated by volunteers over the years had started positioning Cuyuna as a national and global tourism destination. But Cuyuna couldn’t just exist—competition with other outdoor recreation areas in Minnesota and across the country was growing. If the region was to feel the projected $21 million annual economic impact of the Master Vision for Trails, there needed to be a proactive effort to increase the number of visiting cyclists year after year. During his final year as president of the Crew, Aaron challenged regional and local chambers of commerce and regional destination marketing organizations to take on Cuyuna brand building. When no one stepped forward, he and Beth did.

Cuyuna Adventure Town USA® was purpose-built to bridge the gap between the 22,253 Cuyuna visitors in 2013 and the forecasted need for 43,400 annual visitors when the Master Vision for Trails construction is complete (estimated 2022).

The rebirth of a region.

Cuyuna has the ability to be much more than a mountain bike destination. It’s a throwback to years past when the economy thrived off the region’s natural resources. In place of mineral extraction, it’s human-powered outdoor recreation in the form of mountain biking, paddleboarding, kayaking, canoeing, and fishing. It’s a community of makers, sharing their talents—food, beer, and other products—with locals and visitors. Cuyuna.com and Cuyuna Adventure Town USA® exist to continue to tell the story and to build the bridge to our shared, preferable, and sustainable future—for our residents and our guests.

It’s like Aaron has always said, what makes Cuyuna, Cuyuna, is simple: Tall green trees. Clear blue lakes. Red dirt trails. These are just a few of many reasons for other global destinations to be (rightfully) envious. But until we’ve truly strengthened economic opportunity for the folks who call Cuyuna home, we shouldn’t too quickly celebrate our success. We still have much work to do. Important, life-changing work. Work that matters.

CCSRA and Cuyuna-region projects that Aaron helped bring to fruition.

Men’s Health
“The Winter Sport That Burns 1,500 Calories an Hour”

Singletracks
“The BEST Mountain Bike Trails in the World”

Special thanks to these influential people.